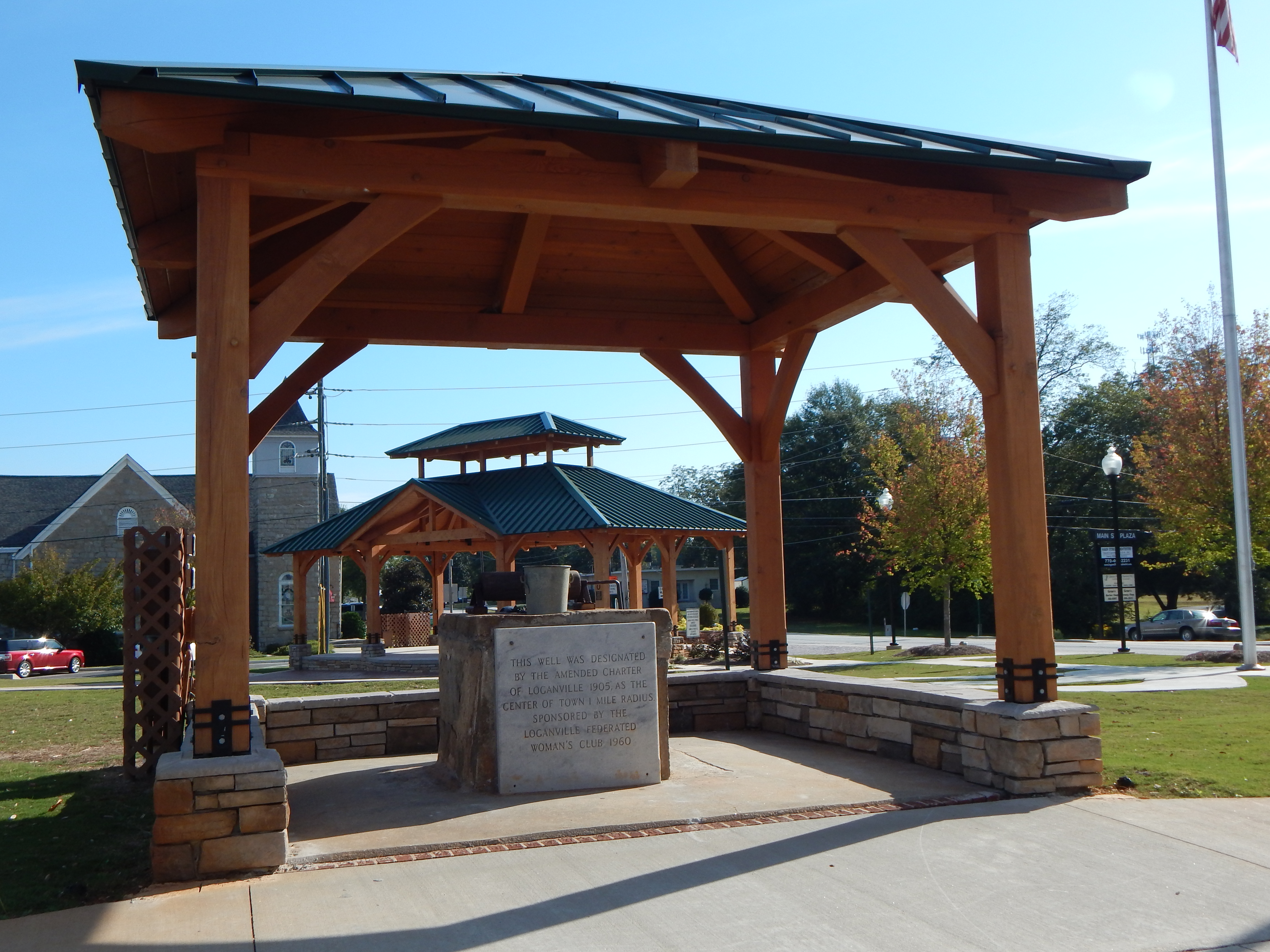 The City of Loganville is named after James H. Logan, who on Nov. 9, 1842 attended a sheriff’s sale in Monroe and purchased 62.5 acres described as Land Lot No. 186 in the Fourth Land District for the sum of $150.Logan joined other settlers in the area, which at the time was known as Buncombe, and built a house along what is today CS Floyd Road. While the time spent in the town was somewhat short-lived, as Logan moved on to Pike County in1850, his place in history was etched on June 11, 1851. This was when the area that was home to a few hundred residents changed its name from Buncombe to Loganville following the reappointment of William F. Kennedy as postmaster.

Loganville’s first town charter was issued by the state in1887, with the limits defined as being a half-mile in every direction from the front door of the Justice of the Peace Courthouse of the 417th Georgia Military District. The first mayor was named as C.C. George, though he resigned from the post before ever assuming office. The first mayor of record was Dr. J.I. Robinson.

A fire believed to have destroyed the original land marker for the city limits, and a second charter was issued in 1905 that extended the city limits of Loganville a mile in every direction from the water well that remains a part of the downtown landscape today.

There were two defining moments in the history of the City of Loganville before the arrival of the 20th century: the first charter, signed in 1887, and the establishment of a railroad branch in 1897. Work the bring a branch line to Loganville actually began before the charter, as it took almost20 years for the town of about 500 people to finally convince a railroad company to establish a railroad tying the community with Lawrenceville. In October1897, the city approved the issuance of $5,000 in bonds to aid in the building of the Lawrenceville and Loganville Railroad – which would equate to almost $138,000 today. On March 30, 1898, a charter was issued for the project that would change Loganville’s future.

The railroad made its last run on January 17, 1932, after it fell victim to circumstances created by the Great Depression. By that time cotton was no longer king as the city worked to re-define itself.

"old buildings have all been replaced by modern business structures: a new bank building, doctor’s building, American Legion, cafés, motel, theatre, cotton warehouse, gins, and many lovely residences. The streets have been paved, water works and sewage systems installed, electricity, gas and manufacturing plants built. Nothing adds more to the name of a town than its churches and schools. What more enduring monument could a man desire that his name and memory be linked with the destiny of a town populated with intelligent, cultured, patriotic and resolute citizens, a majority of whom are united in an endless endeavor to render (Loganville) a highly desirable location for the home-seeker, the manufacturer and the enterprising businessman. Loganville shall continue to grow and expand through the coming years and stand as a monument to the wisdom of the man who selected this place as a site for a town."